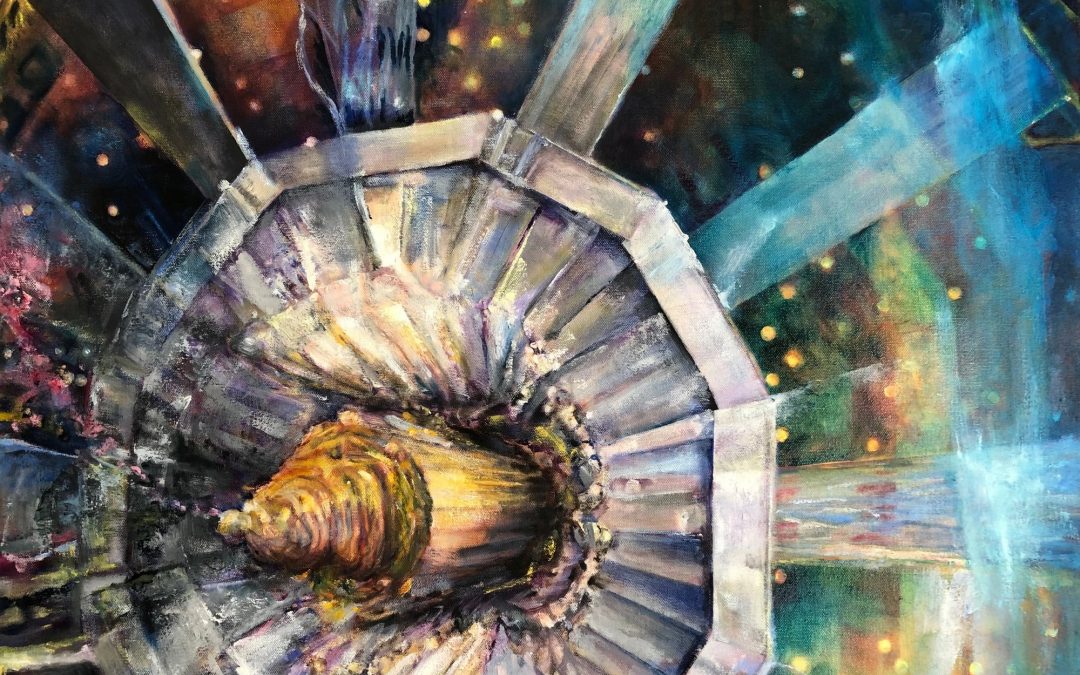 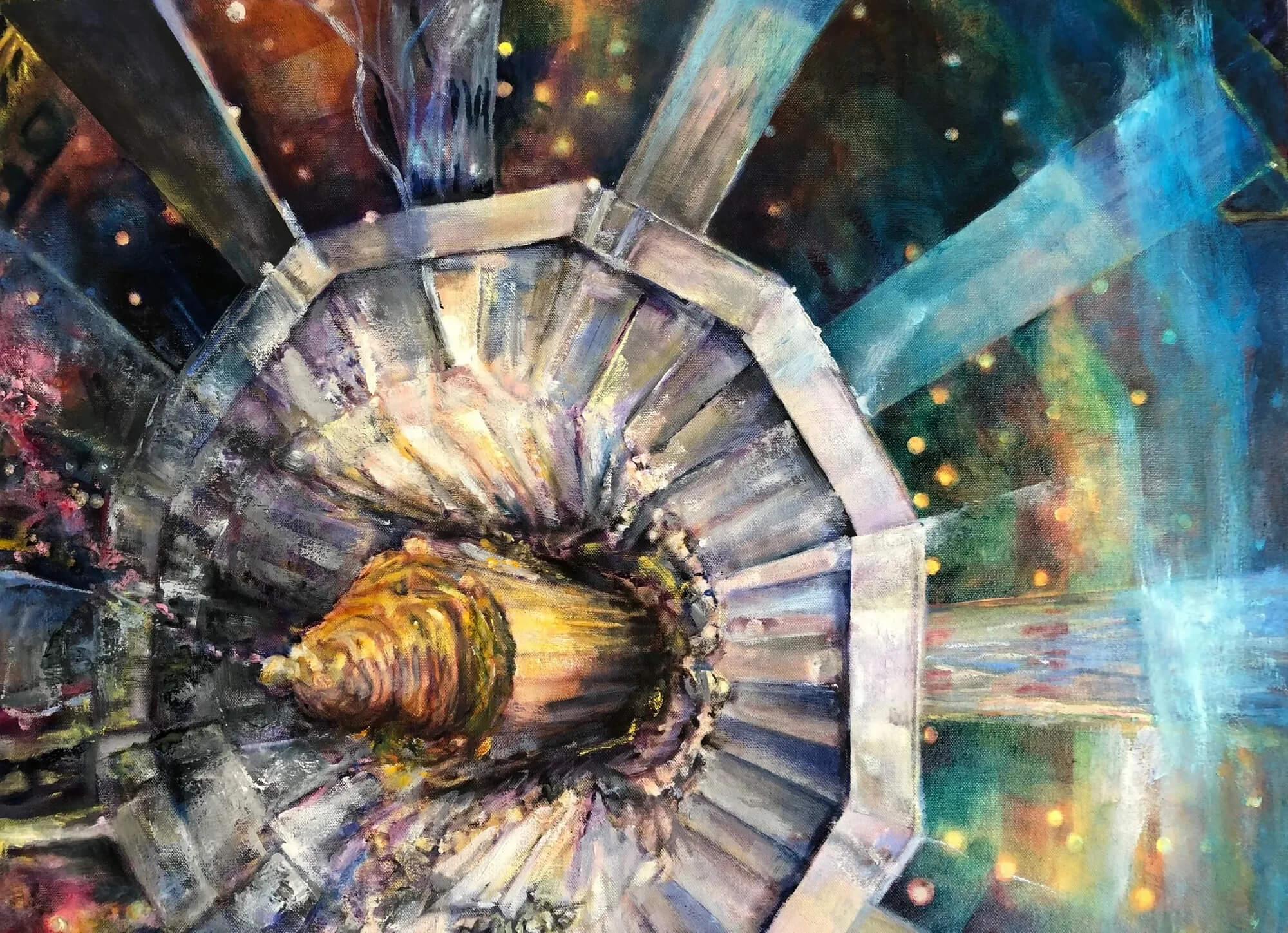 Evenor’s mind wandered back to the events of the previous night. Her first night home alone was novel. She made her own dinner and entertainment selections, but when no word came from either parent on the second night, she fled.

At sixteen, Evenor was old enough to care for herself. Besides, she was never truly alone. PD2 was there to meet all her needs. Evenor referred to her calisman as “PD2,” short for Personal Device # 2. He was her nanny, tutor, councilor and best friend. His clanky metallic framework was a little out of date but she still loved him.

Her original calismen, PD1, sat on a shelf in her room like a relic. He was a short stout, unbreakable robot for toddlers. That first unit was cone shaped with a wide rolling base that doubled as a vacuum component. As Evenor grew, her personal device was upgraded to the current fully ambulatory model, PD2. This calisman maintained the full memory of the first model, and so their history was seamless. Throughout Evenor’s life PD2, though a machine, was still her closest friend and protector.

One lunon earlier, Evenor had pushed past PD2 as he tried to stop her leaving on a late night foray.

“No — no — no!!!Evenor, do not cross the perimeter! I cannot protect you beyond …,” PD flailed his metallic arms and turned in circles. But his irritation had no effect on the defiant teenager. Evenor fired up her fusion soles and was gone.

Evenor’s keenly developed intellect placed her in classes with older students and she grew overly confident. But brilliance nevereluded Evenor who dedicated most of her time to study.  And so that night, she headed for the Okul library. This virtual storehouse of knowledge was brought across the galaxy by the Arayici travelers.  Vast quantities of information were stored compactly in halodecks, where Evenor could not get enough.

Her mind was a sponge. From an early age she was noted for her genius, however, at heart, she was still a young girl with little real life experience. Evenor excelled in all sciences, but chose to focus in a field of study that would advance her father’s work in quantum robotics.

The girl’s success in creating synthetic tissue was just the beginning. She manipulated the structures of carbon and silica, merging them at an atomic level. Then coaxed electrical pulses in fine filaments through a jellied mass and found a way to animate synthetic life. Her father, impressed as he was with her work, could not even begin to understand where this was going. Yes, Evenor was trying to replicate brain function but this was only of trivial interest. What she was chasing was the manifestation of consciousness — searching for the cybernetic framework of thought.

The elevator continued its descent andEvenor made the best use of her time. She tapped her headband and a slender silver stylus emerged. Projected from the stylus, images began to playback just in front of her eye, hovering on a virtual lens. Evenor ignored the newsfeed and instead revisited the interesting puzzle of symbols she’d discovered in the library. Symbols, star charts and mathematical formulas from the ancient folios flashed before her.

The elevator doors opened onto a darkened hallway. All was eerily quiet. Evenor’s heart beat faster as she began to wonder if there was any truth to the broadcasts. The doors snapped shut behind her. The force of the departing elevator racing upward, made her white hair stand on end as if magnetized. Evenor jumped into action as if suddenly awakened by a starting gun. She raced through the empty hallways but nervous tension was building behind her cool grey eyes. She glided through the long tunnels with fantastic views of the deep until she finally reached the laboratory.

Access to these classified laboratories was limited. Special dispensation was given to Evenor to visit her father’s laboratory. But she could not resist peering into the glass-front operating theaters where she might see demonstrations. For it was here that she had glimpsed the latest breakthroughs in particle beam technology that could manipulate matter into new energy. But today nothing was stirring in the great hall. No scientists were present.

Evenor’s cool countenance began to show a trace of concern. Evenor felt certain she would find her father completely absorbed in his work, unaware the moon had cycled thirty-degrees since he’d last been home. Evenor did not react emotionally. Her relationship with her father was grounded in a respect for scientific discovery and she preferred being regarded as a colleague.

Two hulking figures made of shining chrome towered over the entrance of the robotics facility. The massive figures stood three stories tall, forming the central pillar of the vast atrium. Linked arm in arm, one giant calismen reached upwards towards the arching ceiling, while the other pointed towards the laboratory entrance, as if to credit their creator.

The entryway sparkled with silver and black granite, buffed to an impossible shine. No unwanted speck of dust or bacteria could survive on the hermetically conditioned surface that was enrobed with nano-bot germ killers. Evenor sensed something was different today. There was a strange smell in the air, more antiseptic than normal. And the silence was not comforting.

She halted at the sight of the forced doors. The glass front theaters were smashed and all the calismen were gone. Broken glass and molten metal flooded the floor. Portions of robotic arms and legs were tossed about. She looked around the room seeing no sign of her father or any living thing.