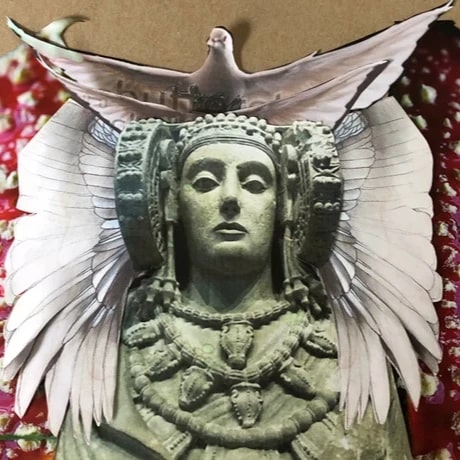 The oldest stories are written in the stars.

The Andromeda story most often told is one of a damsel in distress. The real story of Andromeda is a very different one. Andromeda was the daughter of the Queen of Ethiopia – Cassiopeia – and both these powerful women have constellations named for them.

The version of the story you are likely to hear about Andromeds today goes something like this… Queen Cassiopeia bragged about her daughters beauty enough to anger the gods. The King decides to sacrifice his daughter, chaining her to a rock to be killed by a sea monster, Cetus in order to appease the gods. Meanwhile, Perseus goes on a quest to steal magical objects then return to save Andromeda from the sea monster. ( Perseus slays one of the three Gorgon sisters and claims her power– that’s a story for another time.)

There are so many things wrong with this story I don’t know where to start. Let’s stop telling these tales about parents willing to murder their children for an angry god. The old testament and mythology are full of these stories. We have to stop imprinting them upon the collective conscious.

The name Andromeda means “ruler of men,” specifically, one who protects. Even now, if you do an internet search forAndromeda and the meaning of her name you will find all sorts of interpretations that skew the truth. Men sought Andromeda’s counsel in warfare as she was a warrior and a wise woman. Andromenda’s armored girdle was an emblem of dignity worn by Amazon queens, and lent special protection in battle. (See girdle of the Amazon Queen Hippolyta)

What happened in the Andromeda story we can only guess. The story of Andromeda was co-opted by the culture to tell about a damsel in distress.

She was turned into a woman chained, instead of the true leader she was. But we remembered her as she is celebrated in the night sky as a powerful woman. It is possible that Andromeda was vested in battle and lost her armored belt. But let’s not miss the point — recall instead the story of a powerful woman who was highly respected by men, consulted in matters of government and of warfare. The important artifact of this story is the need of both female and male energies working in union to create balance in a society, especially in matters of warfare.

We can find the last remants of a Goddess culture in the archeology of ancient Crete.

Dominator culture as been in place for so long that it makes it hard to imagine something different, something called balance.Dominator cultures use the advantages of phyiscal strength and power to push everyone else around. Women and children become possesions. The old and the infirm are cast aside.

The dominator culture has led the human species into a blind alley. In societies where domination and power are prized, the value for qualities like empathy, caregiving, and nonviolence diminishes. Instead, by viewing femininity as undesirable and inferior, these dominator societies accept and perpetuate violent and inequitable behavior. It is high time for this inhumane behavior to stop.

There was a time where humans lived on the earth in a state of partnership. It has been mostly forgotten. Archeaological finds can point the way to another type of civiliation, a civil one; where f beings lived in balance, in union with nature and each other. This ideal has almost been erased and we are told that the utopian ideal is a false. Images that exist in fresco mural painting and sculpture tell a very different story. Unfortaunatle most of the evidence has been interpreted and published by men of the field.

Ancient Crete – The history of ancient Crete was rewritten in 1900 by Sir Arthur Evans. 19th century male archeologists were in the habit of applying gender bias to interpreting artifacts.

← Our Changing Moon Every point of refuge has its price →